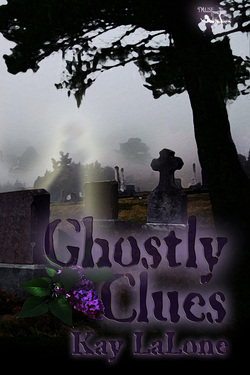 The sweet scent of lilacs permeates the air around Grandma's gravesite. Only Sarah Kay can smell Grandma's favorite flower, and they're not even in bloom.

Sarah Kay and her best friend, Mary Jane, believe the lilacs are a sign from Grandma's ghost. The girls follow one ghostly clue after another, uncovering a secret that Mom never wanted Sarah Kay to know.

Grandma makes sure Sarah Kay gets the message even from the grave. As the evidence piles up, Mom still refuses to accept the possibility Sarah Kay's father is alive.

Sarah Kay finds Dad’s parents. A set of grandparents she didn't realize existed. They make it clear her father is alive but days and miles separate the father and daughter reunion because Dad is a truck driver on a long haul.

Sarah Kay waits. The news reports a fatal car accident involving a semi and Sarah Kay fears the worse. She runs away which leads to Dad and the truth, Mom wanted Dad to remain dead.

Dad had faked his death so why not just stay dead.  The ghostly clues of Grandma wouldn't allow Dad to remain dead to Sarah Kay. 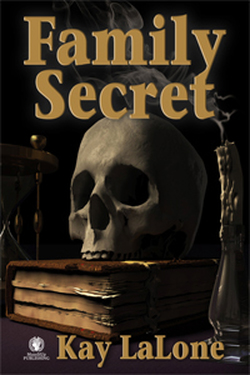 ​​On the road to solving his mother's murder, sixteen-year-old Thomas Patrick Henry discovers a secret his father has kept from him for years. Tom thought Dad's secret put him in danger, Mom secret is far worse. Magic. Witches. Ancient Book Of Spells. Magical Amulet. Ghosts. Demons. Tom never thought these things existed until he is face to face with them. There is nothing else to do but destroy the demons before someone else Tom loves dies. He already lost his mom and a close friend because this secret was kept from him. No one else will die. No one else will be possessed. Tom faces his demons. A mother's love gives Tom the strength to slay his demons.